Stay in the know with timely articles, industry news, upcoming events, and informative content from our own experts.

Why On-Demand Pay is the Most In-Demand Benefit

Crossing your fingers for payday to come before your bill’s due date is not a way to live. But for many Americans, it’s a frustrating reality. 78% of U.S. employees live paycheck to paycheck, including those who earn six figure salaries.

Three in ten Americans have no emergency savings, so if an unexpected financial issue arises before payday, their only solution may be to take out a loan. And even though payday loans have a high interest rates with an average 300% to 700% APR, Americans borrow $90 billion in short-term loans every year.

Unsurprisingly, personal finance is the number one source of stress for employees of any age, gender, and marital status. But counting down the days to payday doesn’t have to be their only saving grace. There’s a new solution in the spotlight: on-demand pay.

Also referred to as instant pay, earned wage access, or income streaming, on-demand pay gives employees access to funds they’ve already earned but have not yet been paid.

With access to their funds when needed, employees are empowered with better financial wellness, mental health, productivity, and morale. Earned wage access has been proven to result in 86% improved job performance, 40% less turnover, and 200% more job applications.

Previously, earned wage access has only been accessible to large enterprises, leaving out a huge population of employees who could benefit from this service. Thankfully this is starting to change. New Benefits is excited to announce our partnership with Rain Instant Pay to make on-demand pay available to businesses of all sizes through our new benefit, My Instant Pay.

My Instant Pay integrates with the employer’s payroll system to provide employees with real-time access to the wages they’ve earned. Whether they need to pay a bill, cover an unexpected expense, or are worried about overdrafting their bank account, employees can withdraw up to half of their wages when needed.

If you’d like to provide My Instant Pay to your employer groups, contact NewSales@NewBenefits.com to talk to one of our benefit pros. 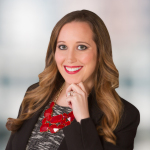 Amanda Franklin is EVP Operations at New Benefits. She ensures efficiency throughout the company and champions new processes to support the company's strategic plans. She cultivates relationships with vendor partners, and is responsible for the implementation of new and relevant benefit solutions to meet evolving customer needs.

How we work for you

What we have to say

This discount card program is NOT insurance, not intended to replace insurance, and does not meet the minimum creditable coverage requirements under the Affordable Care Act or Massachusetts M.G.L. c. 111M and 956 CRM 5.00. It contains a 30-day cancellation period, provides discounts only at the offices of contracted health care providers, and each member is obligated to pay the discounted medical charges in full at the point of service. For a complete list of disclosures, please click here. | Limitations, Exclusions and Exceptions | Discount Plan Organization: New Benefits, Ltd., Attn: Compliance Department, PO Box 803475, Dallas, TX 75380-3475.