This Holiday Season, Don't Be Surprised by Unwanted 'Gifts' 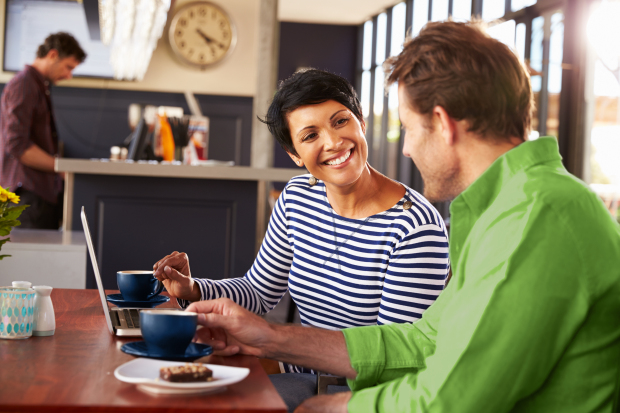 Consumers and online retailers beware. ’Tis the season for a spike in malicious advertisements, or malvertisements.

Cyber criminals have made a fine art out of imperceptibly slipping malicious ads onto popular shopping websites. And they gear up to swarm the Internet with malvertisements during the upcoming holiday shopping season.

Most website publishers generally are not equipped to detect malvertisements that typically come and go, the better to elude antivirus filters.

This seasonal phenomenon continues to pose a major security threat for consumers and retailers alike.

Online shoppers who navigate to the wrong website at the wrong moment can get their computing devices infected—turning over control to these attackers—simply by visiting a webpage carrying a corrupted ad.

Malicious ads basically are online advertisements crafted to deliver spyware, ransomware and other malware on to end-user systems. They usually are rendered as targeted pop-up advertisements or as banner ads on online retail sites, news portals, social media sites and gaming and adult platforms.

Unlike other malware delivery mechanisms, which require the victim to click on a link, open an email attachment, or take some other action, malvertisements often require no user interaction in order to work.

Sometimes, the mere act of visiting a webpage with malicious ads on it is enough to infect a system. In other cases, users can infect their computers when they are lured into clicking on rogue Flash updates, fake Java updates, and fake anti-virus alerts.

Contributing to the surging volume is the increasing automation of the online ad purchase process, according to the vendor. The machine-to-machine ecosystem of the online ad world has created more opportunities for cyber criminals to try and exploit advertising for the purposes of distributing malware.

Kevin Epstein, vice president of operations at email security vendor Proofpoint Inc., said the massive increase in volume is testimony to the effectiveness of malvertising as a malware delivery system. “The average user is not prepared for malvertising,” Epstein says. “It’s the online equivalent of walking into a mall and being pickpocketed.”

The relative ease with which cyber criminals can insert a malicious ad into the online ad chain is one major reason why malvertisements have become such a popular malware distribution method, Epstein said.

Typically, larger websites receive ads through multiple ad brokers and ad networks in a completely automated fashion and do little to filter the material for malware. The malvertisements often are tailored for individual users based on their browsing habits, location, demographics and other factors. By inserting a malicious ad into the online ad distribution and delivery chain and specifying a target demographic for the ad, criminals have a relatively easy way of distributing malware to targeted victims.

The huge volume of ads flowing through these networks makes it very hard to spot ads that are laced with malicious code and harder still to identify the individuals who placed the ads into the system.

The automated nature of the online ad business also has made it easier for attackers to infiltrate legitimate websites with malicious display ads. In this scenario, attackers might display legitimate, malware-free ads on a target website for several months to establish legitimacy and credibility on the site. They then start lacing their display ads with malware code capable of infecting the systems of those who view the advertisement or merely land on a webpage displaying it.

Often such malicious display ads are placed on trusted, highly trafficked websites. Over the past few months, for instance, the websites of eBay, Forbes, Match.com and the UK’s Daily Mirror were all used to serve up malicious display ads to potentially millions of users worldwide. Security experts believe that thousands of other sites are likely similarly infected without the website owners’ knowledge.

“You can say I want my ads to go to only a specific gender within a certain age group and within a certain geographic location,” Epstein said. “If you are one of those targets, when the ad is shown in your browser, instead of just displaying an innocent picture or video, it will also use an exploit kit to find a hole to sneak malware onto your system.”

Malvertisements pose a threat not just to consumers, but also to businesses and the websites that are used to serve up these ads, said Ben Johnson, chief security strategist at security vendor Bit9.

An employee browsing a website containing a malicious ad can easily infect a corporate system or network with spyware, ransomware and other rogue software. For the websites that unknowingly display these ads, the concerns have to do more with brand and reputational damage.

Consumers need to be aware of the threat and take appropriate steps to mitigate risk, Johnson said. Applying proper security patches and keeping systems updated for instance can reduce the risk of malware infections for both consumers and corporations.

Similarly, disabling Flash and Java, especially while shopping online can mitigate the risk of malicious pop-up ads being served up on a system, he said. Instead of having the system automatically open an Adobe PDF document for instance, it is better to configure the browser to execute a plug-in only when a user clicks on it.

Website owners should not assume that ad brokers and others in the online advertising stream are vetting advertisements for malicious code before serving them up to users, Johnson said. Instead, they should consider investing in tools or services that help them review and scan the advertisements that are being delivered to users via their website, he said.